Normally, Green Lights equal GO MAN GO!   But, 2017 was anything but normal for me and looking up at Green Lights seems to be the theme running through my entire year.

In March of 2017, I headed to Yellowknife in the Northwest Territories to see the Aurora Borealis. I first saw the magical Northern Lights when I was at Camp Thunderbird in Bemidji, MN in the 1960s. In 1991 I sold a movie to Universal Pictures about the Northern Lights.  Steven and I saw the green lights of Aurora again on a bus from Hamer to Oslo leaving the 1994 Winter Olympics at 4 in the morning.  I thought I needed to see the lights again…before something happened to me where I couldn’t see them again.  It was just a feeling. 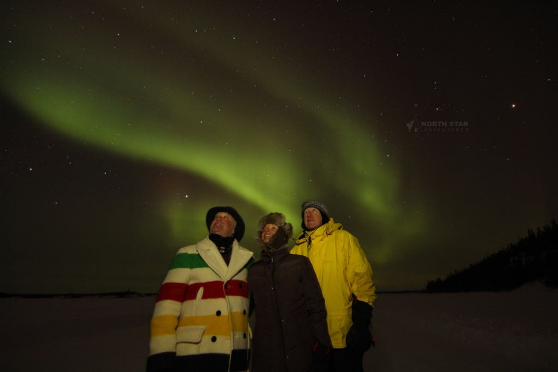 I drag my brother Steven into a lot of things. This time Barbara, my sister-in-law, came along too.

Up the Ingraham Trail from Yellowknife, on a frozen Prelude Lake just south of the Arctic Circle at 3 o’clock in the morning when it is -30 below, standing next to my family is heaven to me.  The Green Lights floated above. The green curtain of Aurora fluttered. Green lights rose up, and disappeared, reappeared and swirled and danced across the sky.  I am so lucky.

In June of 2017 I was told I needed a biopsy. On August 2, 2017, I was told I had prostate cancer. When the doc started to tell me the results of the biopsy, I interrupted him. On the verge of being told you have cancer or not is somewhat disconcerting. Stressful.  But, in my spinning head, I knew that he would not utter certain words. Glioblastoma, Pancreatic, or Liver Cancer. He would not say ALS. He wasn’t going to say CJD (Creutzfeldt-Jakob Disease). If you even know what that is, I am sorry for your loss. The worst he could say is prostate cancer. And, prostate cancer is what he said. But, I had options. I am so lucky. 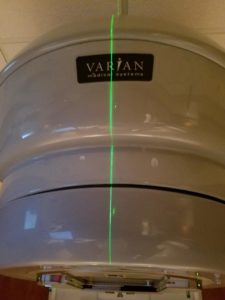 I wasn’t interested in active surveillance. Surgery was one option. Pass. He explained that ERBT was statistically the most effective treatment. I’ll take that one.  I had a few procedures and I started my 45-day, 9-week long protocol of External Radiation Beam Therapy. I lay down with Vivian the Varian Radiation machine that was going to kill my cancer, and I saw above me, yet another bright green light.

One day I learned about a man who also was receiving treatment at the clinic. He had to decide between food and medicines and healthcare costs. He would be the first recipient of the Froth and Bubble Foundation for Food Assistance. I just didn’t know it at the time.  Since then there have been more recipients to follow from a variety of clinics, hospitals and hospices.

A month after the end of treatments, I am still a little fatigued. But, there are new green lights in the sky. I love seeing them.  It’s the Christmas season and all that it means; hope and possibilities.   Peace on earth and good will toward man. 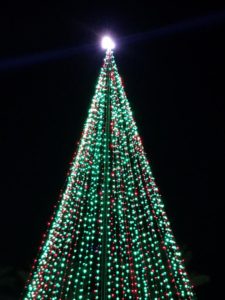 The week before Christmas I don’t know if the radiation worked. But, it works for everyone else, so it may as well work for me. I do know The Froth and Bubble Foundation for Food Assistance works. In less than two months, Froth and Bubble has helped about two dozen patients with 41 weeks of food as they battle with brain cancer, liver, lung cancer, pancreatic, prostate, and ovarian cancer. The type of cancer doesn’t matter. Only the food does.

The Mission of the Froth and Bubble Foundation for Food Assistance is to provide direct financial support for people faced with the decisions of buying food or medicine/healthcare costs. We buy patients gift cards from local grocery stores.

Please think about participating in our effort to help these people. Thank you.  May all your lights be green!

KINDNESS IN ANOTHER’S TROUBLE. COURAGE IN YOUR OWN.

Fighting Cancer on a BudgetPay it Forward

May – Striving for Kindness and Courage

A NUMBER OF FIRSTS IN THE FOURTH QUARTER