You are here: Home / Froth and Bubble Foundation / MARCH 2019 THE GOOD, THE BAD, & THE UGLY…. THE BEAUTIFUL

THE GOOD was we gave out 103 weeks of grocery cards.  We are on schedule to pass out 20% more grocery cards this year than last. We received generous donations and some notes from grateful recipients that lead me to believe we are on the right track in all we are trying to do. 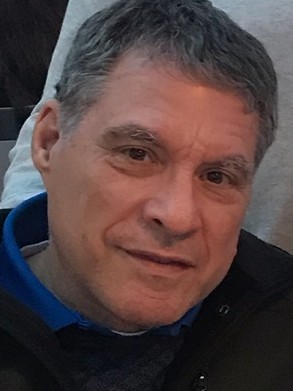 That is where we get to THE UGLY; the ugly violent loss of a dear friend ripped from your life, not by cancer in this case, but a heart attack. And, what a heart he had. No wonder it gave out at 67 years old. He walked out of a Spring Training baseball game March 16th, 2019 and never made it to his car.

Stewart Michael Rice has been a friend of mine since Herbert Hoover Junior High School in Sioux City, Iowa since the 1960s. Through college, work, family, weddings (mine, not his) business ventures, travels, sports, politics, stocks, movies, and books our conversations covered everything. We talked daily since I moved here seven years ago. He helped me move here seven years ago.

He introduced me to Phoenix, to restaurants which were his specialty, and to dear friends like Jim & Margaret, and Charlie and Mary.

We had one or two meals together every week.  A breakfast, lunch or dinner somewhere at one of his clients, Manuel’s, Bobby Qs or Chompie’s. Maybe we would try a new place he found. It really didn’t matter when you are with an old friend with a lot of history.

I spoke at his funeral and let me just say there were many stories. Not one story showed Stewart to have a mean bone in his body. He was a dutiful son, a true and loyal friend, and hardworking marketing maven, and a non-discerning eater with a voracious appetite. For the food and his books.

I could go on…but, I think I am done. One minute Stewart was there. We had breakfast with a friend on Wednesday. We had plans for a Sunday, St. Patrick’s Day corned beef and cabbage dinner with the gang.

For me, this is an irreplaceable loss. His help when I moved here, when I was in my treatment, and with the goings on of The Froth and Bubble Foundation is immeasurable.  His brother Rick asked that in lieu of flowers, donations should be directed to Froth and Bubble.

I know we are always looking for donations, but I would prefer to still have my friend, Stewart.  He told me he had a great idea for fundraising and bringing in extra donations. If this was his idea, it stinks.

May – Striving for Kindness and CourageFEBRUARY 2019 NEWS AND VIEWS

May – Striving for Kindness and Courage

A NUMBER OF FIRSTS IN THE FOURTH QUARTER